Reason #1 You Should Use Movies, Songs, Books, etc. to Learn Languages: Boredom Kills 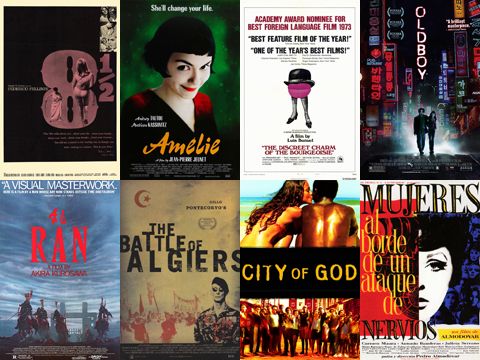 This is a series of posts I decided to do explaining my reasons for so heavily emphasizing the use of popular media such as movies, series, songs, books, etc. in order to learn a language.  I want to say from the outset that I believe the single most efficient language-learning technique are one-on-one lessons with a good quality tutor – nothing beats that (please see the “Further Reading” at the end of this post for some recommended articles about language tutors).  However, the overwhelming majority of people cannot spend all of the time they have available to learn a language (say 10 hours a week as an example) working face-to-face with a tutor like this, they can perhaps spend something more like 2-3 hours per week with them (out of their available 10).  My specialty is helping you determine what to do with the rest of that time.

They get bored, discouraged, and quit.  That’s why most people fail to learn a language, simple as that.  They get bored because the material they’re using is boring.  They get discouraged because of the relatively small amount of progress they see themselves making compared to what it’s costing them, mainly in terms of pain.  Pain, in this case, is the boredom they have to endure and the effort they have to expend, not to mention the sacrifice of time and money.  The whole process is just too unpleasant for them, the ROI (Return On Investment) is shit: they’re putting in a lot and getting back little in return.

This is why I rarely recommend any sort of formal self-study course or textbooks anymore.  There are some good ones but I just think, especially with what we have available via the internet these days, there are much better ways to do this.

I’ve talked about why motivation is so important before (long ago, it became apparent very early on in my language-learning endeavors the importance of this factor…especially after having tried and failed to learn about 5 different languages), but what I didn’t get at the time was that it wasn’t so one-dimensional as “have a good reason for wanting to learn the language you’re learning”, e.g. wanting to visit that country or be able to communicate with your wife’s inlaws.  This is a necessary part of it, but it’s long-term, it won’t keep you going all the time in your day-to-day study.  For that you need something else, something with a shorter-term (basically immediate or nearly immediate) pay-off.  You need to be entertained or interested.

You should pick movies, netflix series, songs, books, comics, new stories, and YouTube videos that entertain you, that talk about a topic you’re interested in, that teach you interesting things about a hobby you enjoy, that discuss topics from the news, politics, economics, or your professional field that interest you, and which do so in an interesting and possibly even entertaining way.  These things hold your attention and keep you interested in the immediate, the short term, the right-now.  They make the whole process painless, or nearly so.  It won’t feel like work at all, even though you’re putting in a lot of effort (learning a language requires it!).

Pick stuff you like and to hell with whatever you find dry and boring, no matter how well you think it would teach you the language, because…because that presumes you properly study the whole thing, beginning to end, remaining focused the entire time.  You won’t, probably, and if you do manage to struggle through it you won’t retain much because the material wasn’t presented in an interesting and therefore memorable manner, so you don’t remember it later.  You know it, I know it.  I know it because I’ve tried to force myself to do precisely this over and over again in the past, I’ve watched countless others try it as well, and the result is the same every time: it doesn’t work.

Where to find interesting material in foreign languages to learn from

YouTube, Netflix, Hulu, Disney+, Apple TV, etc. for material in video format.  Turn on subtitles in the language being spoken (not the English subs), this way you can look up whatever you don’t know and learn it (a translation won’t let you do this).   Go here to find newspapers.  Readlang is a great tool specifically for working with online written material like newspapers.  I also strongly recommend a service called Yabla (this is my review of them) that takes popular media like TV shows and short video clips in the language you’re learning (they offer several) and embeds the video in a special platform specifically designed to help students learning that language do so from that video.  You get subtitles in both the language spoke and your native language, you can click on any word in the subtitles to see a definition of it and have it automatically added to your flashcards they provide for you to review later what you learned, you can have quizes and games based on the language used in the video, etc.  It’s really good, check out their site here or, again, you can see my review of them here.

I’ve written extensively on tutors before, where to find them, how to work with them, etc.  Please see the articles below.