My name is Andrew, and I am a language geek. 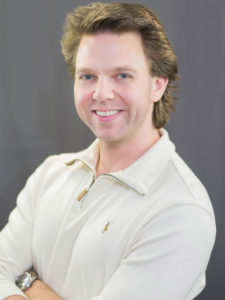 I’ve been interested in learning new languages since I was about 12 years old when I got my parents to order me Level 1 of Pimsleur’s French for my birthday (I barely speak any French at all at this point, by the way, but it is on my hit list!).  I have also always wanted to travel extensively and not just travel, but actually live (as in, for years at a time) in other countries–you see, I really don’t believe that you can learn very much about another culture, country, and people simply by visiting them as a tourist for a couple of weeks, and it’s even worse if you can’t speak their language.  That’s ultimately what really fascinates me, it’s my passion: learning about other cultures and people who are different from me.  I could literally spend the rest of my life moving from country to country every 3-5 years and picking up, ooohhh, say a dozen or so languages along the way.

This brings me to my point about languages: you can not truly understand a people and their culture without speaking their language.  Just forget it: if you’re not willing to learn to speak to them in their native tongue, you’ll never really “get” them, I don’t care what else you do.  You have to go to their country, actually live there for, at the very least, 6 months or  a year, and actually be conversationally fluent in their language before you hit the ground there. This means you’ve got to get fluent on your own, without immersing yourself in-country.  Before, without having a local friend who was a native speaker, this would have been nearly impossible.  But now we have…THE INTERNET! Dum-dum-dum!!!

You likely have very little idea of all the various resources out there that can help you learn even the most obscure language, let alone how to properly integrate them all into a system that you can use at home to effectively teach yourself to be conversationally fluent in any language you want.  This is where I come in: I love this stuff, it’s my passion, I don’t even consider learning a new language “work”, and I’ve been teaching myself Spanish for the last 9 years, and German off and on for the past 2.  I’ve amassed a great deal of knowledge about how to do this–not just learn Spanish (though I do know a lot of specific information about that, as opposed to any other language), but how to learn any language on your own.

I am still in the process of figuring this stuff out, so this isn’t so much the professor instructing the student as it is the more advanced student helping the beginner and also kind of working together and teaching each other.  You get to learn along with me, meaning that as I learn new things and figure out more efficient and effective methods, find new resources, and pick up new tricks we’ll go over them together and sort all this stuff out, and figure out what works, what doesn’t, and how to most effectively utilize it.

Why those language classes didn’t make you fluent: I hated French class in high school, failed Spanish in College, and then managed to fail Russian shortly thereafter

How many of you have had years (2, 4, sometimes 6 or 8 counting high school and college together) of language classes and still aren’t even remotely close to being able to hold the simplest of conversations with a native speaker for just 5 minutes? How many other people do you know like this? Precisely. Most schools, especially in English-speaking countries like the U.S. and U.K., do a mind-numbingly poor job of teaching foreign languages–they use dry old textbooks, teach only boring formal language that native speakers rarely ever use, and emphasize reading and writing above speaking simply because their tests are almost all written and they care about their test results, not about results for you in terms of getting you to speak the language. That’s why you may have had years of classes in school and still couldn’t hold a conversation with a native speaker.

I’m a complete language nerd, I love learning new languages. When I was 12 I started teaching myself French using an old Berlitz book from the ’50s and a Pimsleur French audio course I talked my parents into getting me for my birthday (this was so long ago they were cassette tapes, not CDs) and I loved it, I relished every little bit of progress I gained each day, every new word I learned, and when I finally figured out how to do that oddball French “R” that’s sort of a dry gurgling sound in the back of the throat I was like a kid that just opened a present on Christmas morning and discovered that it was exactly what they wanted. Then I got to high school where I had my first language classes ever, and they were in my beloved French–this was when I got a dose of the nasty, hard reality that are most language classes…

You know, I USED to really love French, but

memorizing dozens of conjugation charts and vocabulary lists, doing boring exercises for homework from an outdated textbook that taught the sort of French no native speaker would ever use in real life, and almost never, ever actually speaking any, you know, French very quickly put an end to that. I somehow plowed my way through four years of that and managed ‘A’s and ‘B’s, but it really turned me off to language-learning for a while.

I tried Russian in college (you were required to take 4 semesters of a language to graduate) and had the same experience and hated it, which resulted in me rarely doing the homework and simply not being able to pay attention, I just couldn’t learn that way. I have a confession, I told a little white lie above: I didn’t fail Russian per se, I got a D- (the lowest grade above failing, which is an ‘F’, for our non-American readers) only because the professor had a policy of never failing anyone if they came to class, but believe me, I knew my test scores, I failed by any quantifiable measure.

I know, I’ll take Spanish, it’s supposed to be easy, plus the teacher’s really hot (and a native speaker to boot)!

A gorgeous, and very nice, young Costa Rican lady was our instructor and she began the course with the sort of enthusiasm that only a novice teacher could: she quickly learned that, despite how she’d like to teach the course, the university required her to teach from the textbook provided and with the method dictated by the language department. This, of course, ruined the class and turned it into just another dull exercise in how-many-words-can-you-memorize like every other language class. I literally watched that poor woman degrade over the weeks to utter resignation and soul-crushing defeat due to the way she was forced to teach and, in particular, the predictably unenthusiastic attitude of the class in response. I dropped it after a month and a half, too late for it not to count, and received an ‘F’.

Look, this is my PASSION and here’s WHY (and probably why a lot of you are here)

I have always wanted to travel extensively and not just travel, but actually live (as in, for years at a time) in other countries–you see, I really don’t believe that you can learn very much about another culture, country, and people simply by visiting them as a tourist for a couple of weeks, and it’s even worse if you can’t speak their language. That’s ultimately what really fascinates me, it’s my passion: learning about other cultures and people who are different from me. I could literally spend the rest of my life moving from country to country every 3-5 years and picking up, ooohhh, say a dozen or so languages along the way.

It was a few years after college that I finally scratched the itch I’d always had (I’ve always wanted to be able to speak multiple languages, that desire never left me, it was just some disillusionment there in the middle with how languages are taught in school that temporarily put a hold on things), I decided that since I wanted so much to travel and that I’d probably start with Latin America, I would absolutely, completely, and utterly commit myself to becoming fluent in Spanish: 3 hours a day of study every day, NO let up, I’ll try everything and figure out what works, then I’ll streamline it and apply it to other languages I want to learn. A deep-seated drive to accomplish what was absolutely necessary for me to be able to do what I truly wanted with my life (travel) along with my passion for languages guided me straight to my goal: I was fluent in 6 months.

There will be discussion, experimentation, practice, and tricks, tips, and resources you won’t find anywhere else because this will be the first place to discover and publish them (it could be you that figures something cool and new out, it could be me, honestly I don’t really care as long as it gets discovered and put out there for everyone to use).

I hope you’ll stick around.

Also, if you haven’t seen it yet, please have a look at the front page where you can learn how to teach yourself Spanish in just a few months using my Telenovela Method which allows you to make learning Spanish fun, painless, and quick by using resources such as movies, TV shows, books, and newspapers (plus you learn modern Spanish as it’s actually spoken by native speakers).  Also, you can sign up to get my 3-part e-mail series where I cover the Top 33 most useful free Spanish-learning resources available online, what language exchanges are and why it’s impossible to get fluent on your own without them, and how to use Spanish chat rooms to teach yourself Spanish. Also, if you like what you see here PLEASE SUBSCRIBE to my Twitter feed and/or RSS feed so you can be updated any time there’s a new post. 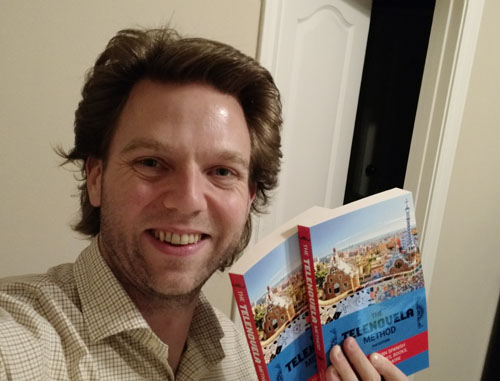