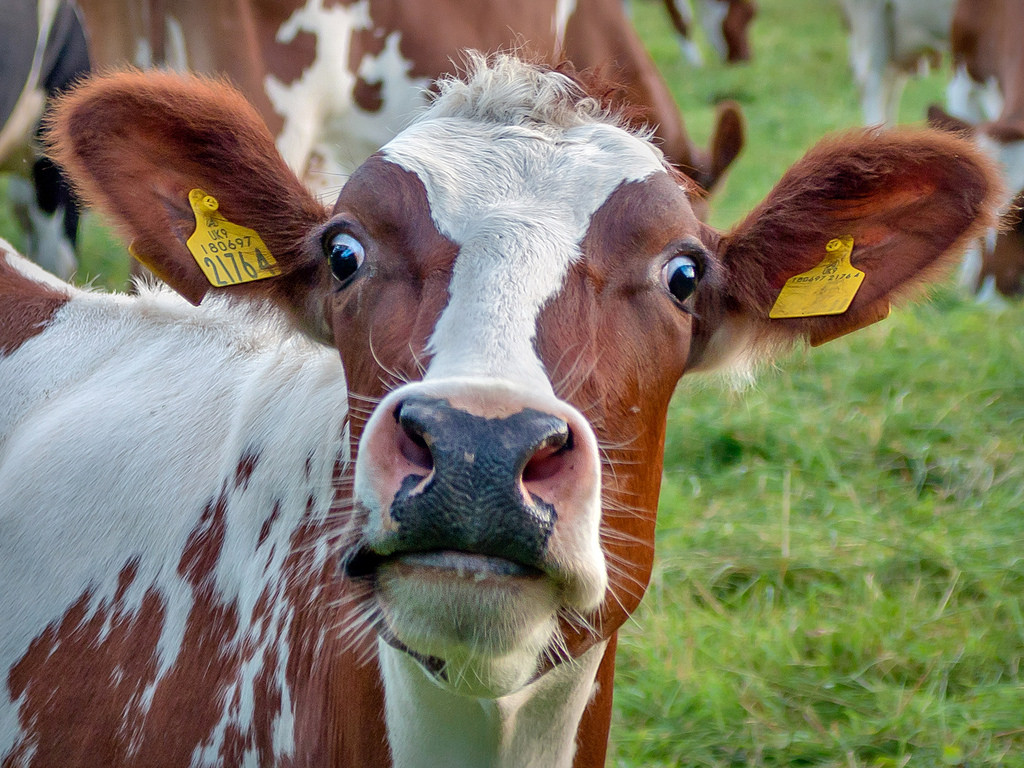 It’s for the same reason you can just point at a cow and say “Cow!” instead of “There is a cow over there and I want you to look at it!”.  It’s for the same reason that when someone asks you if you would like fries with that you can just say “Yes, please” and not “Yes I would like fries with that”.  That reason is: they don’t need to.

The reason you don’t need to is that in Spanish, as in English, the verbs sometimes change based on the subject and time that the action occurred.  For example, the verb “to go” changes from “go” to “went” when you talk about the past instead of the present (“I go”, “I went”).  The verb “is” changes based on who or what “is”, e.g. it’s “I am” but “you are” – “is” changes to “am” and then to “are”.  When the subject is “I”, that is to say the first person, the forms the verbs are in are almost always unique in the present tense (the most common tense), and they are also unique in some (but not all) other tenses as well.  This means most of the time you don’t need to say “I” because the verb immediately tells you that the subject is I.  Have a look at a few examples:

It needs to be noted that the way you say “I” in Spanish is “Yo”.

Exceptions (when to say “yo” in Spanish)

There are some other verb forms (conjugations, is the technical term) for use with the subject “I” that aren’t unique, specifically what’s known as the imperfect, which is a different way of talking about the past in Spanish that, to put it very briefly, implies that the action that was happening in the past still is or was ongoing until it was interrupted.  For example, you could say “Yo tenía dos autos”, which means “I had, and still have, two cars”, but the way you would say “He had, and still has, two cars” is “Él tenía dos autos” – notice how the verb “tener”, here in the form “tenía”, is the same despite the change in subject.  It’s not unique for the subject “I”.  This means that when using the imperfect, sometimes you will need to say “Yo”…but not usually.

They will additionally say “Yo” when they want to emphasize that the subject is themselves.  For example, two native speakers might have the following exchange:

Speaker 1: “¿Quien tiene conejo morado?” – “Who has the purple rabbit?”

Speaker 1: ” Pero pensaba que era Alejandro que lo tenía.” – But I thought it was Alejandro who had it.

Ok, maybe it wouldn’t be a purple rabbit specifically, but you get the idea.  In English we do this by using vocal intonation to emphasize the word “I”, in Spanish they do it just by using the word “I” at all.  The reason this works as emphasis is because “I” isn’t strictly necessary here so if you’re using it then it must be because you want to emphasize that you are the subject.  You’re the one with the dumb damn purple rabbit, not flippin’ Alejandro.

In summary, your two exceptions are:

There’s a great service called Yabla (this is my review of them) that takes popular media like TV shows and short video clips in the language you’re learning (they offer several) and embeds the video in a special platform specifically designed to help students learning that language do so from that video.  You get subtitles in both the language spoke and your native language, you can click on any word in the subtitles to see a definition of it and have it automatically added to your flashcards they provide for you to review later what you learned, you can have quizes and games based on the language used in the video, etc.  It’s really good, check out their site here or, again, you can see my review of them here.