Learn Spanish from Videos of a Chilean Visiting the United States for the First Time (with English Translation)! 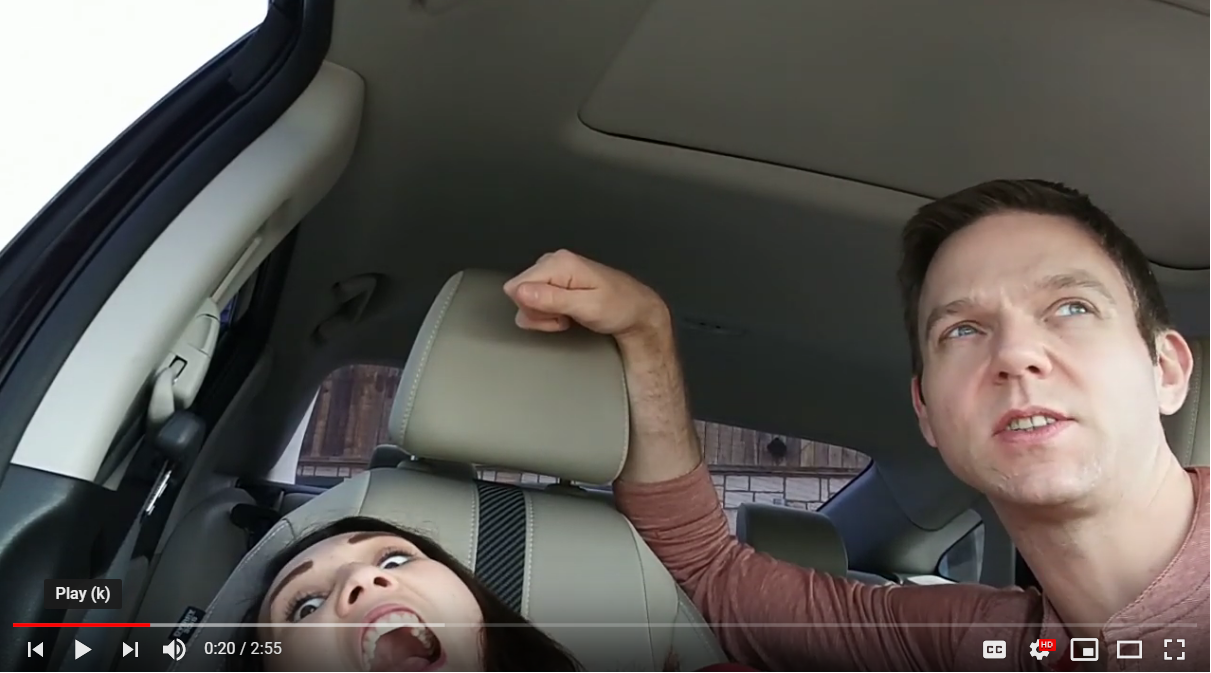 As some of you know, I spent the better part of last year in South America.  The main purpose was to acquaint myself with some of the South American dialects of Spanish as the majority of my readers are Americans and Americans overwhelmingly are interested in learning Latin American Spanish, not Iberian Spanish (Spanish as it’s spoken in Spain, which is the dialect that I mainly speak).

The problem was that before this, the only other Spanish-speaking country in which I had been was Spain, and my Spanish and knowledge of Spanish reflected that.  I knew you all were mainly interested in the Latin American dialects and I wanted to accomodate you (plus it gave me an excuse to travel, which I love doing).

I’m aware that my second largest readership is in the U.K. where the interest in Spanish is overwhelmingly in that of Spain, so now I’m covered for both!  I won’t forget those of you interested in the Iberian dialects (the one I speak is that of Zaragoza, from the northeast of Spain).  It’s just that now I can speak with some authority on the Spanish spoken in South America.  Specifically, I spent three months in Colombia (Bogotá, Medellin, and Cartagena) and five months in Chile (Santiago with a very brief excursion to Viña del Mar).  I had planned on getting to Argentina and then on to either Costa Rica or Mexico, but the thing is that I met Mili in Chile (yes, she is now know as “Mili de Chile” because of how well her name rhymes with her country of origin), so I ended up spending a couple months more there than I had originally planned.

Who these videos are for and what they contain

We made plans for her to visit me over Christmas and then spend a couple months here in the U.S. with me, visiting as many places as we could.  This ended up being a roadtrip (I bought a car expressly for this purpose, I’ve never owned a car before) and we decided to make videos about it to that people could do three things:

If you fall into one of or more of these categories, these videos are for you.

I’m putting them on my YouTube channel (to which I would love for you to subscribe, of course), which you can find here at Spanish with Andrew.  I have a specific playlist of these videos (13 published so far) called “Mili and Andrew in the U.S.” which you can view here.  If you’re going to view just one (or want a suggestion of which one to view first), I recommend the interview I conducted with her just twenty-four hours after her arrival in the U.S. about her first impressions.  That one has subtitles in Spanish that were done, professionally, by a native speaker.  You can get English subtitles for it (or subtitles in any other language you please) in the settings on the bottom right by going to “Subtitles/CC” and selecting “auto-translate” and then the language you want.  I checked the English ones myself and they were very accurate.  The reason for this is that the translation is based on the original Spanish subtitles and those were done by a human, so Google Translate (which is what YouTube uses for this, being owned by Google and all) has a really good source to work off of.

The other video with such subtitles, that I also recommend, is the one where…she mows our lawn.  I did both the Spanish and English subtitles for this.  This is also the only other video with subtitles done by a human (YouTube’s auto-generated subs are usually really good, don’t write off a video just because those are the only subtitles available).  All the other videos have an English translation done in the video, by me, immediately after any Spanish is spoken, that is I tell you (in English) what was just said in Spanish.  This isn’t as good as having subtitles in Spanish (or, even better, both Spanish and English) but the practical restriction causing this is time.  I just don’t have time to subtitle every single video we make on this trip.

Where we’re going on this trip

We started at my parent’s house in Longview, Texas, where we spent Christmas.  Then we really started the roadtrip in earnest in Austin, moving onto New Orleans, Orlando, Melbourne (Florida, where Kennedy Space Center is), Saint Augustine, and now we’re in Savannah, Georgia.  We’re going to Charleston, South Carolina next and plan on finishing in either Boston or Chicago, we’re not really sure.  If you have any suggestions for places we should visit or you live there and would like to meet up, please either leave a comment or (better) send me an email at andrew -at- traceylanguages -dot- com.