Spanish Pronunciation: Quickly Learn to Pronounce Any Spanish Word No Matter How Difficult 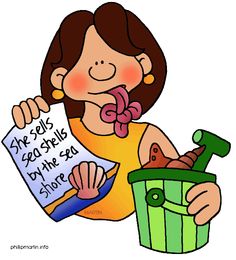 This is a simple technique I developed on my own as part of the Telenovela Method years ago and I’ve just never gotten around to writing about it because it never occurred to me how much trouble most people have learning Spanish pronunciation (note: this actually works on any foreign language).  This is a simple, obvious (once you understand it) technique that’s very easy to learn and, in my experience, will let you pronounce anything (I’ve used it successfully with Spanish, German, and Russian so far).  Let’s get started and learn how to pronounce Spanish words.  I did a quick video demo for you that I’ve included at the bottom.

In summary: Break the word or phrase down into the smallest possible pieces, master each one individually, then slowly start connecting them into progressively larger chunks, finally speeding everything up.

That’s how you do it.  The above looks tedious and it probably took you several minutes to go through all of that, doing it yourself, but that’s because you were learning how to do it and simultaneously trying to do my example of it at the same time.  When you’re doing this yourself it’ll usually take something more like 15-30 seconds for a word and a couple of minutes for a whole phrase or short sentence.  Here’s a video demonstration of me doing it (takes about 4 minutes but keep in mind I’m going very slowly and explaining what I’m doing along the way):

It’s really very simple: just break it down into the smallest possible pieces, master each one individually, then slowly start putting them together and speeding up.  That’s it.

How to learn conversational Spanish with perfect pronunciation

If you’re particularly interested in learning spoken, everyday Spanish, with a focus on pronunciation, I strongly recommend you check out “the mimic method”, it’s detailed here on the guy’s site.  I’ve tried the Spanish version myself and thought it was excellent (I’m thinking about doing the Russian one now).  The inventor, Idahosa Ness, has learned five languages this way and is frequently mistaken for a native speaker.  If you’re into music you’ll really like it because he tells  you how to incorporate that and he himself initially learned languages by singing them.