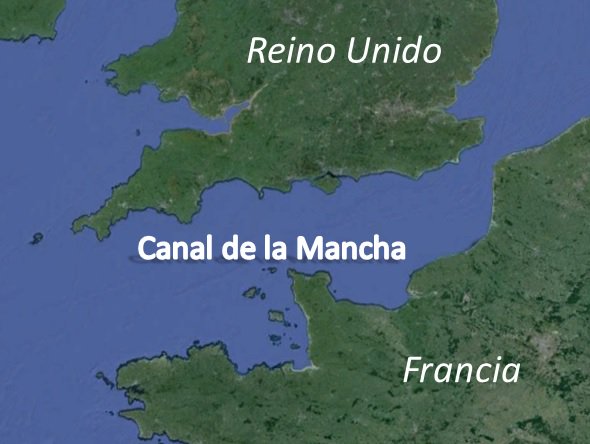 So I was in the process of going through a Notes in Spanish lesson (which I highly recommend, the audio is free, start at the beginner’s level, honestly no, you don’t need the worksheets) when I came across the term “túnel” which I presumed to mean “tunnel”, which it did, and so I added it to Anki along with an example phrase that I see in the dictionary, “Túnel del Canal de la Mancha” which refers to the English Channel tunnel, aka “the chunnel”.

Anytime I see a new word I don’t know, I have to look it up and add it to Anki.  For me, looking up a single word in the dictionary can cause a chain reaction that leads to me looking up and adding ten more words.  I do not know this word, “mancha”, what is this? I look it up.  It means…”spot, blotch, stain, blemish, or liver spot”.  This makes no sense: “Canal de la Mancha” = “Canal of the Spot”?  “Canal of the stain”? “Canal of the liver spot”?!

Right, we’re going to sort this out, something funny’s going on here…

I initially think that maybe it refers to “spot” in the sense of a location, which actually is like the 8th definition down for the word “mancha” in my dictionary, so it’s possible, but…further googling turns up the Spanish wikipedia page for the English Channel, and within the very first paragraph I see:

The name is no more than a bad translation of the French, as La Manche actually means ‘The Sleeve’, since it’s the same word that’s used to designate which part of the shirt you put your arm into.

So what has happened here is that the Spanish heard the word “la manche” from the French when they were referring to the English Channel and then sort of simultaneously borrowed and mangled the French word for it instead of actually translating it (if they knew that it meant “the sleeve” they would’ve ended up with “la manga” in Spanish, but they didn’t know this), thereby ending up with “la mancha” as an adulteration of “la manche”.  In other words, in the phrase “Canal de la Mancha”, the word mancha does not mean “spot, stain etc.”, in fact, it doesn’t mean anything, it’s just a name–sort of like if you’ve got a dog called “Spot”, in that particular context the word “spot” doesn’t mean “spot”, it doesn’t ‘mean’ anything, it’s just the name of the damned dog.

Yes, I was amused by this, thank you, I realize you may not be.  Just remember, you can never get that 5 minutes of your life back it took you to read that.  I hope that was interesting, let me know what you think in the comments (and would like me to write about in the future), also…

If you thought the above was at all useful and you want to learn (or are learning) Spanish, please give me a chance and read what I have to say about my book below!  Thank you so much for checking out my blog and I hope you’ve enjoyed my writing.