Why Listening is SO Important – Even If You Don’t Understand a Word! 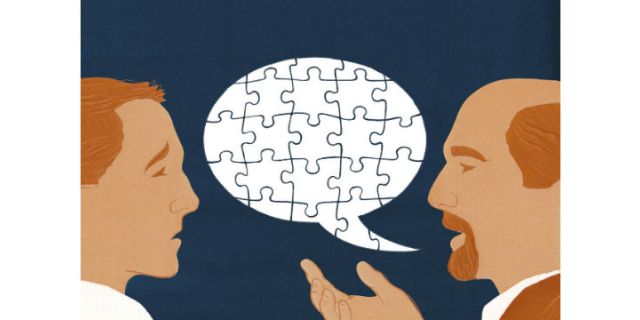 I just saw this via Ramses’s twitter feed and although I could’ve just retweeted it I felt compelled to at least make some short comments on it that would be too long for twitter, so I’m turning it into a short blog post.  What I’m referring to is this study by Victoria University in New Zealand [corrected–thanks, Jennie!] that proves just how exceptionally important exposing yourself to a language is, even if you don’t understand a single damned word!

Y-E-S, listening to TV shows, songs, and radio broadcasts in the language you’re trying to learn is enormously helpful to you learning the language regardless of how much of it you understand – if you can understand most of it but miss the occasional word, great, just note it and look it up later, if you only understand 1 in 100 words where that 1 is an English cognate, then that’s fine, too and you don’t even need to worry about looking up words at that point: you know why?  Because if you keep listening to this stuff long enough (you’ll notice progress after just a few hours worth of listening!) then you’ll rapidly make progress in understanding what’s being said, and that’s presuming that you’re not ever using a dictionary or anything else to look up unknown words. From the article:

Dr Sulzberger has found that the best way to learn a language is through frequent exposure to its sound patterns—even if you haven’t a clue what it all means.

“However crazy it might sound, just listening to the language, even though you don’t understand it, is critical. A lot of language teachers may not accept that,” he says.

“Our ability to learn new words is directly related to how often we have been exposed to the particular combinations of the sounds which make up the words. If you want to learn Spanish, for example, frequently listening to a Spanish language radio station on the internet will dramatically boost your ability to pick up the language and learn new words.”

I think the specific noises and patterns of a language and learning them (which can only really be done by a large volume of repeated exposure to the language) is something critically important that’s often overlooked by people.  You need to get used to, to learn, the tempo, beat, the rhythm and vibe of a language–I’m sorry that doesn’t sound very concrete, but it’s the best way I can explain it.

Every language has its own unique rhythm and pattern to it, and if you’re not used to it, no matter how many words you’ve memorized you’re not going to be able to understand the language when it’s spoken at a normal conversational rate of speed even if you know every single individual word used (that is, a sentence spoken to you at a conversational rate of speed will not be understandable by you even if you know every single word in that sentence).  I should make it clear that I don’t think everyone should quit using SRS/flashcards, hell, I use SRS and think it has its place, but there are far, FAR too many people who rely too heavily on memorizing vocabulary when trying to learn a new language and it certainly needed to be addressed, so frankly I’m glad he did it and suffered the shitstorm from it instead of me.

I should note that if you’d like to start listening to Spanish language TV, music, radio, and movies I’ve got several posts that will be of ENORMOUS help to you, starting with my exceptionally long and completely vetted (every single link was checked to make sure it worked!) list of free sites to watch Spanish TV online, and my recent post where I actually went through a Shakira music video with you, translated it, and analyzed the Colombian Spanish used in it with a fine-toothed comb.  Lastly…