What Does It Mean to Be Fluent in a Language? Fluency Levels Don’t Really Exist 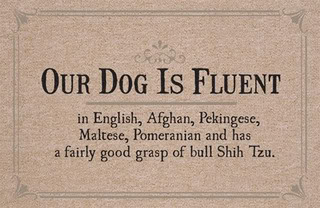 Spoken or written with ease

That’s the primary definition in the dictionary for the word “fluent”, and you know what: that’s the only thing that the word “fluent” absolutely, definitely means regardless of who you’re talking to.  That’s as far as I’m willing to go on the issue–the term is such an arbitrary one so widely open to differing

interpretation that it is just short of meaningless.

The only thing you can say for certain is that if someone is to be called “fluent” then their speech and/or writing should be relatively smooth, it shouldn’t seemed forced, choppy, or difficult for them to perform, and even then I guarantee you I’m going to get shit over that definition (someone will pop in and say how someone can still be “fluent” while having trouble speaking in the language in question, just watch it’ll happen).  Just to back myself up again, from the Wikipedia entry for “fluency”:

Language fluency is used informally to denote broadly a high level of language proficiency, most typically foreign language or another learned language, and more narrowly to denote fluid language use, as opposed to slow, halting use.

Look, that’s pretty much it as far as a concrete definition is concerned: it should “sound smooth”.

What do I consider fluent?

I personally have two different types of fluency, I think this works really, really well, and it’s very simple and easy to understand:

1. Native fluency: Simple, this is when you’re at the same level of proficiency in the language as a native speaker–you have their vocabulary, you know all the idioms and slang and cultural references a native would, and you have a perfect accent.  If a native speaker were to have a 3-hour-long conversation with you face-to-face (presuming your appearance wouldn’t give you away as a non-native) and they were asked afterward by someone if you were a native speaker of their language, they would say with 100% certainty that you were.

I’ve known one person like this, a Japanese girl I knew in college named Saria.  She came to the U.S. for the first time when she showed up for college (she would’ve been 18), and she spoke perfect American English, if you had talked to her for an hour or so you would’ve sworn she was an American (obviously of Asian descent due to her appearance, but definitely American none the less).  I seem to recall she had been learning English since grade school and had taken a personal interest in it and American culture, so she watched lots of American movies and learned the accent and all the slang and idioms and such from that.

2. Conversational fluency: This is what I aim for when I’m learning a language, and when I’ve achieved it then it’s time to move on to a new language.  It’s when you’re capable of having a conversation about normal everyday things with a native speaker at a normal conversational rate of speed–things in the news, sports, grocery shopping, buying a cup of coffee, buying clothes, picking up a girl at a bar, making jokes, etc.: everyday stuff.  The way that I test this is the following criteria that I got from Tim Ferriss (also a well-known polyglot) and modified a bit:

I must be able to speak for 30 minutes straight with a native speaker about items randomly pulled from a newspaper (online or paper, doesn’t matter) without using any reference materials.  I cannot choose not to use a randomly chosen item (I can’t say “oh, that one’s too hard, pick another”), though I may ask the native speaker for help if I run into a word or phrase I don’t understand (just like you’d be able to in the real world–the reason I don’t allow any other references is because you wouldn’t typically have those in the real world).  Also, this must be done at a regular conversational rate of speed (the rate of speed at which a native speaker would normally speak).

There ya go.  I’m really curious to hear what other people’s definitions are of fluency, put them in the comments!!  Also…  If you thought the above was at all useful and you want to learn (or are learning) Spanish, please give me a chance and read what I have to say about my book below!  Thank you so much for checking out my blog and I hope you’ve enjoyed my writing.

Oh, P.S. For those of you who want something really complicated (and it’s official, too!  U.S. Foreign Service Institute stamped and approved!), check out the ILR (Interagency Language Roundtable) Scale.