My Favorite, and Most Common, Gringo Error in Spanish (aka “false friend”) 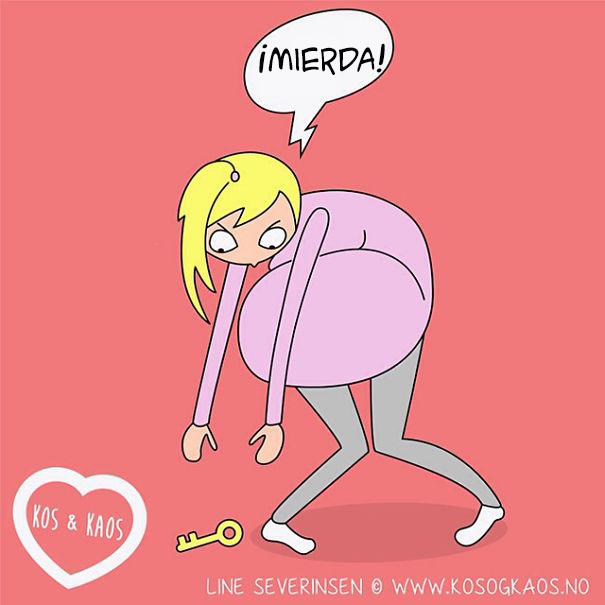 Embarazada. Ohhh how much you look like “embarrassed”, embarazada.  Any English-speaker would look at that word and immediately, and for obvious and perfectly logical reasons, guess that it means “embarrassed”.  Most times if a Spanish word looks very similar to an English word that you know, it does, in fact, mean either precisely the same thing as that word or something very similar!  Examples abound: alfabeto (alphabet), gracia (grace), huracán (hurricane), chocolate (chocolate), adorar (to adore), dividir (to divide), and on and on and on.

Why did those Spaniards have to try to trick us poor, helpless gringos with words like these?  Was it because they were just in a nasty mood that day? Did they eat some rotten paella?  Perhaps they just wanted to ensure endless amusement for their

fellow Spanish-speakers for centuries to come at the expense of hapless English-speakers attempting to learn their language.

You have no idea how entertaining it is for native Spanish-speakers to hear a middle-aged white guy from Texas say “¡Oy! ¡Estoy tan embarazado!” Really??!  Well…congratulations! When are you due?

Embarazada (normally only ever embarazada for reasons that will be obvious to you in a second) means…pregnant! Hey, now you’ve definitely got something to be embarrassed about!

The common way of expressing embarrassment is with the word vergüenza, which means “embarrassment” or, literally, “shame” (it’s a noun).  The way this is done is to say that something gives you or someone else shame, for example:

“I’m so embarrassed!” = “¡Me da tanta vergüenza!” which literally translates to “It gives me such shame!”

You could also say that you “feel” embarrassed by using “sentir vergüenza”, or “to feel shame” in the following manner:

“I feel embarrassed to tell you.” = “Me siento vergüenzado al decirtelo.”

That concludes our short Spanish lesson for today, I hope this prevents you from ever accidentally telling someone that you’re going to give birth, and that it leads to endless amusement for you when other English-speakers do!  Also…  If you thought the above was at all useful and you want to learn (or are learning) Spanish, please give me a chance and read what I have to say about my book below!  Thank you so much for checking out my blog and I hope you’ve enjoyed my writing.