The Top 22 Ways You Know You’re a Language Nerd… 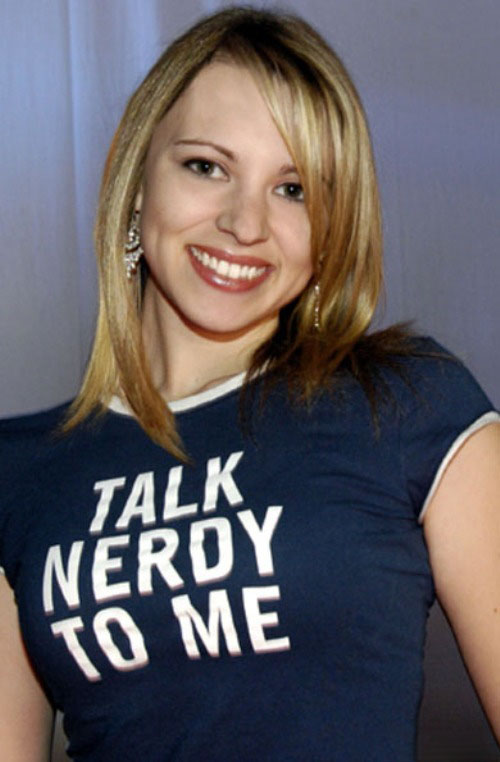 1. When you’re looking for a book on Amazon about a language that you’re currently interested in and you check out the ”Customers Who Bought This Item Also Bought” section and realize that you own almost every single book in those 10-15 pages :/

2. When people ask you what language you want to learn and the answer goes something like, “Well, right now I’m working mainly on German and French while maintaining my Spanish – it’s probably around C1 but my German is B1 while my French is A2 at best (you are familiar with the CEFR scale, right?) – but I’d really like to get started on Italian soon and then Russian before the year is out.  I’d say Japanese is after Russian but I’d really like to learn Czech some day even though it doesn’t have a ton of native speakers.”

They stare at you like you’ve got a dick growing out of your forehead.

3. You listen to music in the language you’re learning that you would otherwise hate and never listen to.  Japanese teeny-bopper pop music? Yes, please!

4. While taking notes or writing something you switch in and out of different languages.

5. You decide not to hang out with your friends so you can be there when the mailman delivers that “teach yourself Hungarian” book you ordered a week ago.

6. You stalk native speakers having conversations through the store that you’re in. 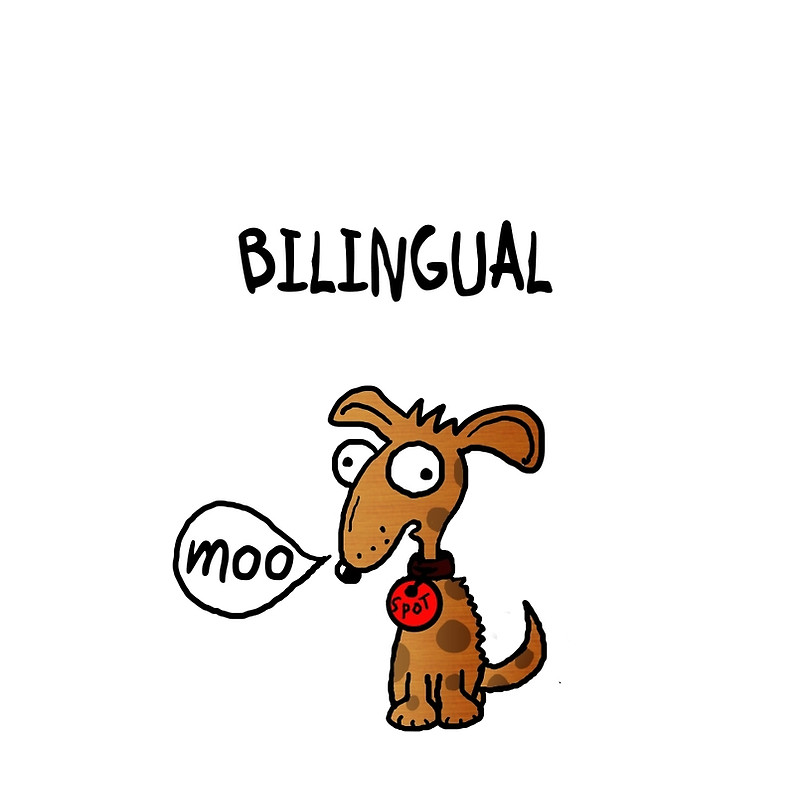 7. You teach your dogs commands in different languages–saying “Sit!” in either English, Spanish, German, or Korean will all result in the same thing.

8. You enjoy finding people in public with tattoos in fake Asian characters that are essentially meaningless…and then pointing this out to them.  Or, even better, the tattoo says something silly that the person wearing it almost certainly didn’t intend, like “I like cheeseburgers”, or “White people poop a lot”.

9. You get irritated when an English-language Hollywood movie has a character speaking in a foreign language you know and the subtitles are either totally inaccurate or a gross oversimplification of what they actually said.  You will then alert everyone in the near vicinity of this travesty.  This scene below from Snatch is one that always gets me, the translation of

the Russian they’re speaking is totally inaccurate–just from the semester of Russian I had in college I know, for example, that when Boris is speaking with his brother on the phone and allegedly says “It’s OK. I know a couple of guys.”, that’s not what he actually said, what he actually said was “Yes. I understand.”  Anyone who knows more Russian than me is welcome to continue tearing it apart in the comments:

10. When the only reason you are learning a language is because you like its grammatical structure.

11. You watch a movie with subtitles in a language you don’t know, and never remember the plot because you weren’t paying attention to that, but you have, however, managed to deduce how the imperative mood functions in that language.

12. You know you’re a language nerd when your first thought after waking up in the morning is the realization that there is a common Greek root in the words “kleptomaniac” and “clepsydra”.

13. When you spend hours on Wikipedia trying to find the next language that you will learn based on number of speakers, difficulties in grammar, and the coolness of sounds from videos you find on YouTube.  I absolutely do this, by the way, just the other night I spent easily an hour reading the wikipedia articles on Thai and Tagalog and then listening to some basic “how to speak thai/tagalog” videos on YouTube… If you, too, would like to waste the next two hours of your life in such a pursuit, I highly recommend you start here: List of languages by number of native speakers

14. When you read the warranty paper for the electronic device you just bought in all 7 languages that it’s printed in.

15. You use foreign grammar in your native language…and then make a “WTF did I just say?!” face 2 seconds later while everyone looks at you like you’re an alien.

16. When the first thing you think of when hearing “Panini” is Sanskrit, not sandwich.

17. When your parents get you language materials for your birthday for a new language and you have to tell them that you most unfortunately already speak that language.

18. When one of the first things that you do with a new computer is add all the keyboard layouts you’ll need…and some of those keyboards that you “need” are actually for languages you don’t even speak, but really you never know when the urge to learn it will hit you, so you’d like to be prepared.

19. When you discover, much to your delight, that your new dietary supplements are labeled not only in English but also in German and Spanish, at which point you eagerly begin to increase your vocabulary by learning new words through comparison of the texts.

20. When you answer calls from telemarketers using a language that you’re reasonably certain they won’t understand–so far this trick has always thrown them for a loop to the point where they hang up on me within 10 seconds 😀

21. When you just can’t understand how people make it to adulthood without knowing that they speak Portuguese in Brazil, not Spanish.

And finally, one that I have personally done:

22. Going to use or pick up an object around the house you try to think of the word for it in a language you’re learning. It’s on the tip of your tongue but you just can’t think of it for some reason. You should know this, you’ve learned it before.You will stand there, staring at the thing in question (refrigerator, car keys, milk, chair, whatever), refusing to allow yourself to pick it up or do whatever it is you were going to do with it until you can think of the correct word for it in the language that you’re trying to think in. You will stand there for however long this takes, perhaps finally giving in and going to look it up in the dictionary before coming back and proceeding as you were until it happens again :DI have stood in the shower staring at the soap, refusing to pick it up, getting angry at myself, while trying to think of the word for “soap” in Spanish for about 5 minutes before I finally gave up (I looked it up immediately after getting out of the shower, still wet, dripping water all over my bedroom floor as I went to fetch my Spanish dictionary).

I hope you enjoyed all of those, to give credit where it’s due some of them came from or were inspired by a similar thread over at HTLAL where, if you really want to, you can read through (currently–it gets bigger every day) 136 pages of this stuff: You know you’re a language nerd when…

I just read Jennie’s post about how she has actually started to forget how to pronounce words in her own language, and thought “Damn, you know if that isn’t a sign that you are a serious, hard-core language nerd I don’t know what is!” Ha ha!