My E-book is now live! It took TWO YEARS, but I did it! Here’s what it’s about… 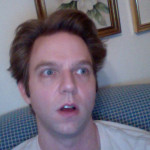 Wow.  I can’t possibly tell you how relieved I am that it’s finally over (see that over there? that’s my best “I’m so relieved” face, though it more looks like I’ve just become incontinent).  I decided almost two years ago (January of 2011) that I needed to create my own product instead of just promoting someone else’s and that it would be an e-book.  I’ve barely had time to do anything else, like write blog posts (sorry…) or even work on my own Spanish let alone other languages I really want to learn (French, German, Japanese, Brazilian Portuguese, Russian, and more).  I’ve let my Spanish deteriorate (it was far better 2 years ago than it is now) though I’ve immediately begun remedying that, it’s the top priority on my list of things to do.  I’m also going to be publishing new posts on here regularly again, some of which will be short excerpts from the e-book in the hopes that people who haven’t bought it will get a taste of it and decide the full ride is worth the ten bucks.

Oh!  And I’ll also be doing (more) videos.  Yeah, I have a YouTube channel in case you didn’t know.  Not sure what I’m going to do just yet but that’s pretty high on the list along with new blog posts.

So, moving on to the book…what’s it called and what’s it about.  Well, here’s the title (I’ll also link to it on Amazon so you can check it out):

What do you think?  The title pretty well summarizes it: it’s about how to teach yourself Spanish, on your own (no classes, courses, or expensive computer programs necessary), using a combination of entirely free online resources and Spanish-language popular media like TV shows, music, movies, books, etc.  Amazon is saying that it’s the paperback equivalent of 214 pages but I’ll tell you right now that it’s going to be waaaay longer than that on pretty much any type of device you read it on (it was 125 pages as a single-spaced Word doc, font size 12, Times New Roman).  It’s basically my entire method laid out in perfect, comprehensive detail for you, covering every single little step and detail.

The book contains over 400 links…yes, 400.  I was serious about the “online” part.  It also includes over 7 hours of video.  Yes, seriously.  How did I manage to include video with a Kindle e-book, you might ask?  Well, despite the cool new KF8 format Amazon’s just come out with that allows you to embed videos in the ebook (this wasn’t around at the time I was writing it), what I did was very simple and effective: I just uploaded the videos to a video hosting site (two, actually: one was YouTube and the other was iPlayerHD with whom I have a paid account) and then linked to them from within the e-book.  Simple.  I used two video hosts primarily so that people in countries where YouTube was blocked would still be able to see the video, plus each one backs the other one up in case one of them goes down.  The videos are me personally demonstrating the concepts that I’m teaching in the book, with the relevant video linked to after each section or concept that I made a video for (e.g. the video of me demonstrating the Telenovela Method with a movie is at the end of the chapter on how to use the Telenovela Method with movies).

Here’s a more detailed breakdown of what’s inside, chapter-by-chapter with a short summary explaining what each one is about:

Introduction: Why this method, where it came from, and how to use this book and the resources it contains

Chapter 1: How My Method Works, Why It’s Awesome, and Why Most People Who Try to Learn a Language Fail (and How to Prevent that)

How the Telenovela Method works, the basic principles behind it.

Section II: Sources of Popular Media and How to Use Them

Chapter 5: Kids’ Stuff: Why It’s a Fantastic Resource (especially if you’re a beginner) and an Example of How to Use It

Chapter 6: Telenovelas and Other TV Shows

Section III: Using It with Native Speakers: Where the Real Learning Happens

How to immediately start applying what you’re learning by using it to communicate with native speakers.

Section IV: Bringing It All Together and Getting Started

Chapter 12: Creating the Best Method for YOU

Chapter 13: Some Step-by-Step Examples of How to Get Started Right Now

I really hope you decide to buy it and check it out, again here’s the link to it on Amazon

, and as usual: please feel free to contact me and let me know what you think or ask any questions you might have, I’m more than happy to help.